Italy and Puglia, heritage of humanity thanks to UNESCO sites

Italy is famous all over the world for its historical and artistic heritage. There are in fact many sites Unesco present on its territory and, some of these, are located in one of its most beautiful regions: Puglia. We want to present them and maybe invite you to visit them in person. You will take away with you memories that are part of the world cultural heritage, they will be your most precious treasure to tell.

A site to be called “Unesco” must have particular importance from a historical or natural point of view. The Human Resources Committee evaluates and assigns the reward counting a series of formal criteria. It thus becomes a UNESCO site and therefore a heritage of all humanity.

Until recently, Puglia had four UNESCO sites scattered throughout its territory, unparalleled from a naturalistic point of view. Now another of great prestige is added: Matera. Although being in the Lucanian territory is considered part of Puglia for its geographical proximity. Easily accessible, it is a destination of great beauty that we highly recommend you visit.

The Unesco di Puglia sisters: places to visit and remember

The UNESCO Sisters of Puglia are a network created for the purpose of tourism promotion, to create a virtuous circuit that allows tourists from all over the world to visit and learn about our artistic heritage. If you decide to spend your holidays in Puglia, Terra che Vive will be your support to admire time up close:

–Matera: nominated Unesco’s patrimony in 1993 thanks to its famous Sassi. They are the evolution of the ancient urban core. Initially born within the natural caves, it has evolved into increasingly complex structures up to the current architectural structure, within two large natural amphitheatres. A show for the eyes!

–Alberobello: named a UNESCO heritage site in 1996 for its uniques Trulli. They are typical stone constructions with a conical roof on which there is a characteristic pinnacle. Visiting Alberobello is like entering an enchanted village where time seems to have stopped.

–Andria: appointed UNESCO heritage site in 1996 for beauty of Castel del Monte. The castle, of medieval age, was wanted by Federico II. Its white color creates a beautiful contrast with the green of the trees that surround it and stands out on the Murge plateau at a height of 540 meters.

–Monte Sant’Angelo: nominated by UNESCO in 2011 for the Sanctuary of San Michele Arcangelo. Place with a deep religious meaning, a place of worship dedicated to the Archangel Michael. It is considered one of the most important pilgrimage stages of Christianity.

–Vico del Gargano: nominated UNESCO heritage in 2017 thanks to the ancient beach forests of the Foresta Umbra. The beech trees that populate the forest are impressive specimens that reach up to 350 years of age and 35 meters in height. Silent witnesses of the time donate to the forest a gothic atmosphere. An irresistible invitation to discover its paths.

Puglia offers many places to visit, it is a region full of charm and history ….

Our beloved land of Puglia, a land that lives!

Come and experience it too, we are waiting for you! 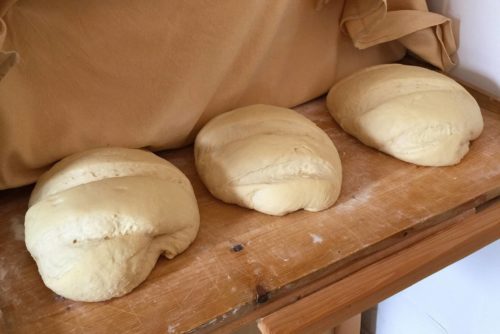 Bread, taralli and friselle making course in an old bakery

Visit of an ancient olive oil mill with tasting 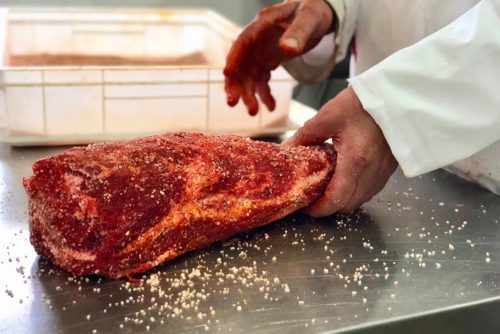 Capocollo cold cured meat tour with tasting in a farm 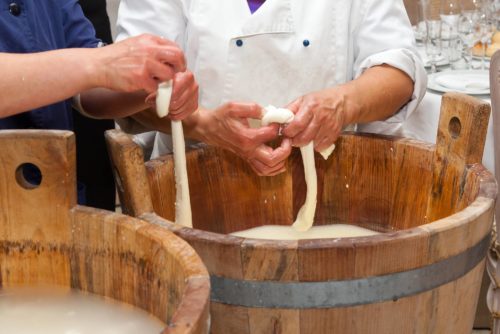 Visit of a farmer cheese factory with tasting of burrata, mozzarella and other typical cheese 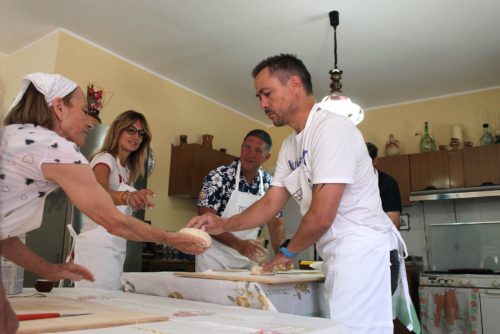 Cooking class to learn how to make apulian bread